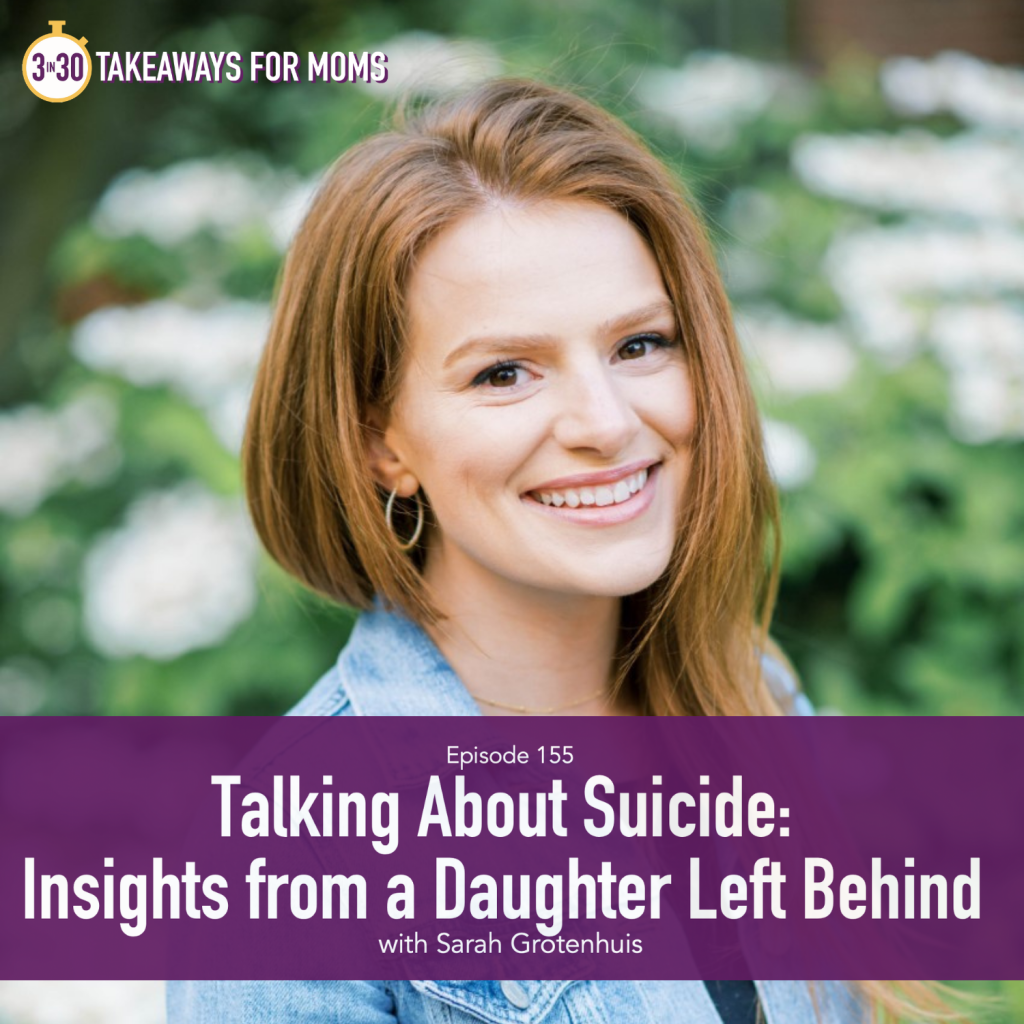 This time of year is heavy for me because it was three years ago in November that we lost my son’s birth-mother Katie to suicide. Which is why I feel it’s so important to know how to talk about suicide.

Every year in November, I plan to do something to commemorate Katie in some way–an episode on mental health, adoption, or grief. This year, I wanted to talk more specifically about suicide, and I was so touched to get an episode proposal from a mom who has an incredibly personal perspective on depression and suicide, as she lost her beloved mother to suicide in 2016. Over the last four years, she has tried to process that experience and put into words the lessons that she learned from her mother’s life and death, and I am beyond honored that she would share such a very personal and important message with us today.

How to Talk About Suicide

Sarah Grotenhuis is a mom of two who lives in New England. She calls herself a “reluctant home \-schooler and dance party enthusiast” and goes on to say, “While I love to focus on the happy, light, and fun, I always strive for transparency in my personal struggles – namely, losing my mother to suicide in 2016. Through this experience, I’ve learned a great deal about forgiveness, compassion, and resilience – topics I try to share with others.”

In this episode we discuss…

How has your life been touched by suicide? What advice would you add to this conversation? Share your story in the comments.

Many thanks to this month’s sponsor, BetterHelp, the world’s largest provider of online therapy. Go to betterhelp.com/3in30 to get 10% off your first month.

Get on the list to be notified when the Flecks of Gold journal is available on Monday, November 16th! 3in30podcast.com/flecksofgold

006: Three Messages of Hope for the Darkest Times

042: How to Love Someone When It’s Complicated or Hard: Lessons from Open Adoption

108: How to Get Help for Mental Illness // Sarah McKenna

About the Podcast Host, Rachel Nielson

Rachel taught high school English for five years before deciding to be a stay-at-home mom to her two miracle babies, Noah Atticus, who was adopted, and Sally Grace, who was conceived through IVF.

In her life, Rachel has experienced great sorrow but also great joy--and she loves diving deep into the topics that matter most. Thank you for listening to the podcast and giving her a chance to share her heart.

Great Episodes from the Archives

The Flecks of Gold Journal is here!

Start gathering your golden moments with your children! 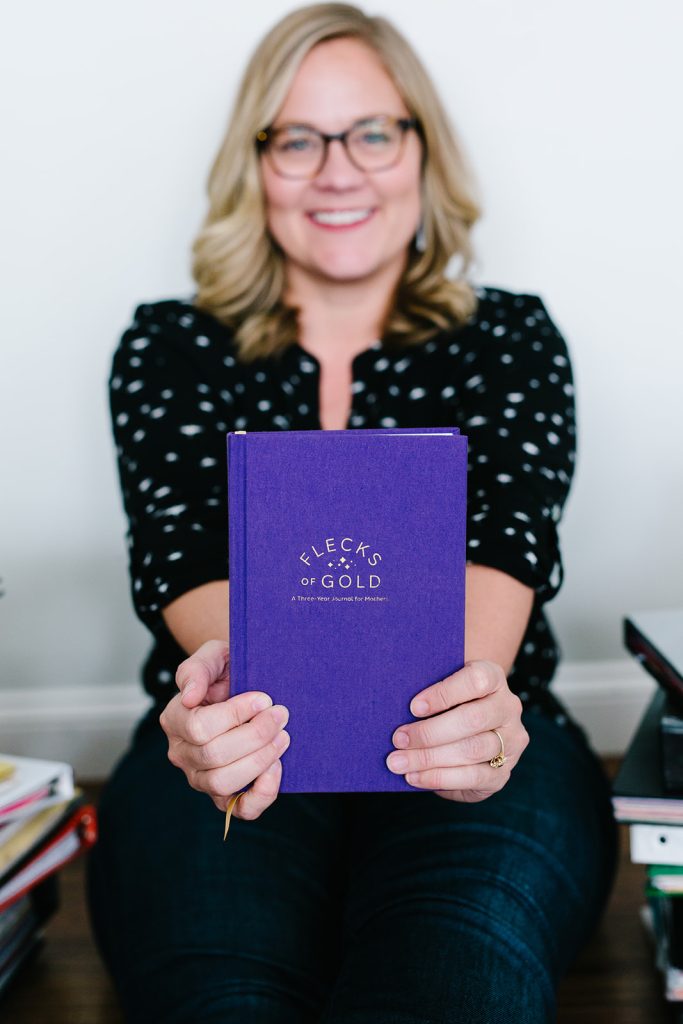